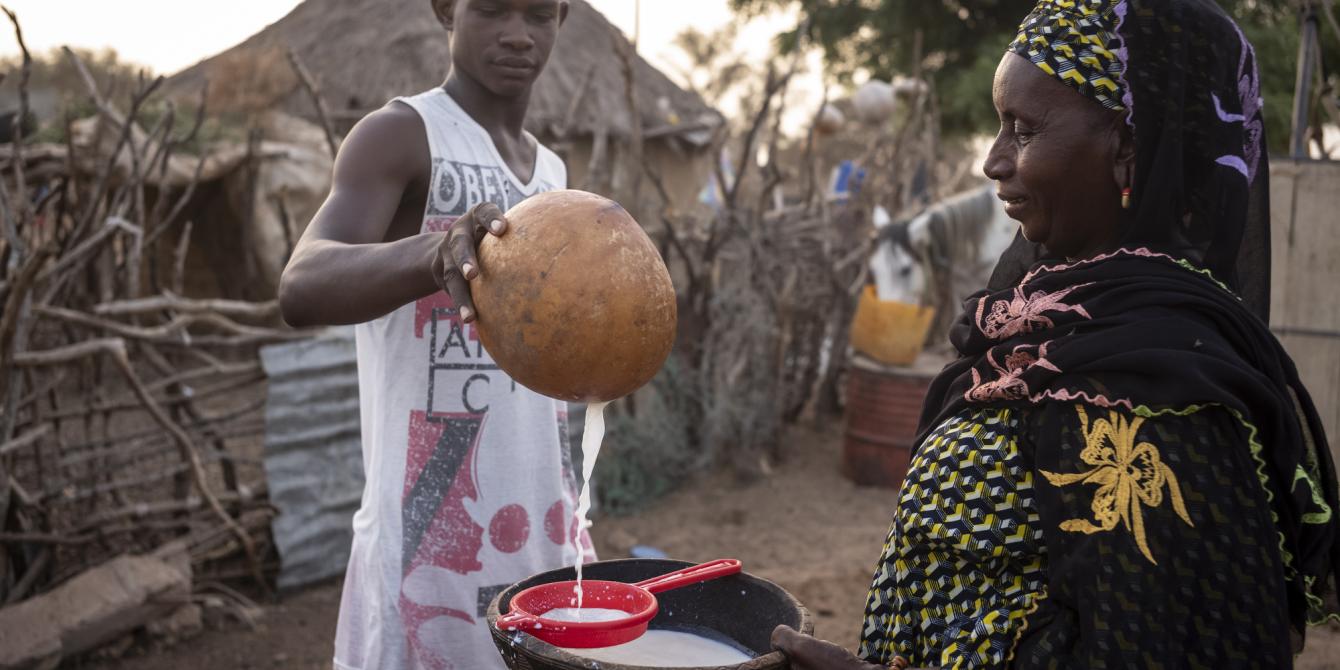 Mauritania is one of the largest and least populated countries of West Africa. Despite the country’s huge reserves of resources (fish, iron, oil, gold, etc.), more than 16.6% of the population lives below the extreme poverty line. Deterioration of the factors and conditions of production, global warming and recurrent disasters, incoherent policies and bad governance, are some of the issues that are hindering development and contributing to the weakening and impoverishment of the rural population.

Moreover, Mauritania faces the challenge of consolidating a national identity that integrates the various groups that struggle to live side by side due to social inequality. For some years, the country has been making political, economic, and social reforms with the aim of strengthening democracy and good governance, fighting poverty, and promoting the unity of Mauritanians.

Working in Mauritania since 1983, through its national partners, Oxfam strives to better prepare the population to cope with food crises in growing periods of climate emergency, and promoting respect for the rights of marginalized segments of society, particularly women and youth. In a context marked by climate change and migrations, we stimulate job creation and integration of the most vulnerable people into the labour market.

We are contributing to the emergence of communities (women and men, including the poorest) that are more resilient and less vulnerable to food crises by giving them access to sustainable means of production to develop agriculture and livestock farming, as well as other rural productive activities. In this Saharo-Sahelian environment, we prioritize the introduction of innovative techniques adapted to climate change.

We help farming communities advocate for key actors, including the State, to allocate more resources to productive sectors so that small-scale producers can benefit from the fruits of their labour and make a decent living. We support the local population through advocacy and influencing work aimed at encouraging decision-makers to respect their various commitments and incorporate climate change into the country's main strategic orientations.

Finally, we provide food assistance to the most vulnerable households and give them access to income-generating activities to facilitate their transition to rebuilding sustainable livelihoods.

We contribute to strengthening the citizenship of rural populations by helping them claim and exercise their rights to protection/assistance, information, participation, good governance, and accountability vis-à-vis public office holders.

In this way, we are facilitating the development of a citizen-influenced movement within which women and youth can advocate for the establishment of a form of land governance that secures the land rights of rural populations, particularly: women’s rights to access and use land; the redistribution of national wealth, especially from extractive industries, as well as between regions, communities, men and women, and in favour of the agriculture sector; and the establishment of a budget to prepare for and respond to crises.