Yagana Boucar, 50, fled her village out of fear of Boko Haram. She is from the Lake Chad area in Niger. Her 15 children passed away and she now has three grandchildren who are left in her care. Yagana received a cash-for-grant from Oxfam and with this cash she started a small business for herself, selling jewelry. Credit: Tom Saater / Oxfam

“If Perseus [Australian gold mining company] paid tax, the government would think about us and provide the facilities that we are missing like the schools, toilets, public water, and hospital.”
Diana Asante, 64. Fruit seller, Ayanfuri, Ghana

West Africa remains one of the poorest regions in the world where inequalities are growing and where governments are the least committed to reducing them on the African continent.

The region has abundant but mismanaged resources. Corrupt state decision-makers and private actors voracious for raw material, coupled with unrecognized land tenure systems — women in Senegal own less than 4% of arable land — has led to the expropriation of land used for generations by family farms.

The tax systems in the region are unfairly in favor of the richest and hurt the poorest. West Africa is the region with the lowest tax revenue as a percentage of Gross Domestic Product (GDP) in the world, while the region has the least public health care coverage and the least populations with access to water and decent education.

Today, inequality has reached extreme levels in the region. The rich have grown richer while the poor have become even poorer. Revenues from sovereign resources exploited by the extractive industries and a fair and optimal taxation system are sufficient to put an end to extreme inequalities.

In Mali, Niger, Chad, young activists mobilize their communities and work for a more just and united Sahel. They are everyday superheroes with real powers. #FightInequality 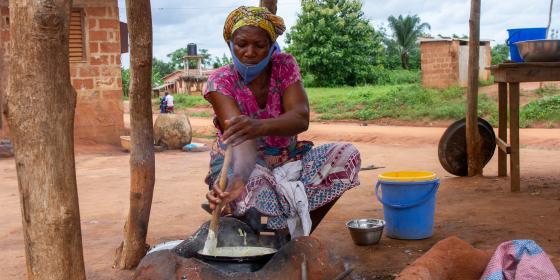