Our Partners' corner : The story of a Committed Activist

Article written by Grâce Ngbaleo, human rights defender and women's rights activist who works to put human rights and justice at the centre of political agendas in the Central African Republic and in West Africa.

Committed to the well-being of Central African women and their role and involvement in the peace process, I joined my peers in the fight to achieve this goal. As a victim of the conflicts, Central African women are often left out of the peace building discussions. As editor-in-chief of Radio Notre Dame in 2018, I chose to make gender justice my main focus, by offering women a space to express themselves and talk about their everyday lives. Speaking out is still considered a masculine thing to do. It is a way for these women to reaffirm their position and make their voices heard in a setting that allows them to testify, share their experiences and skills, in order to empower future generations by being real agents of change and building the country.

I am also an active member and founder of the platform I Londo Awé!  (We are standing), a network of individuals dedicated to developing women's leadership and creating an active civil society that is able to provide solutions to the root causes of the crisis in the Central African Republic. Following Oxfam's advocacy training, we launched the 'CVJRR Paritaire' advocacy campaign, with the goal of advocating for gender parity in the Truth, Justice, Reparation and Reconciliation Commission (CVJRR). Through the bilateral meetings, I had the opportunity to interact with key actors, develop my network, engage in advocacy and enhance my leadership skills.

"I saw myself playing a meaningful part in defending human rights".

A year later, the campaign has been a great success: there are now five women commissioners out of eleven members!

I strongly believe that we need to bring together different voices, to ensure inclusiveness, social cohesion - a testimony of living well together - in order to promote change. This is why I have been communicating on the challenges and achievements of Central African women in international forums, building alliances with other women human rights defenders while calling for the respect of women's rights across the continent. In September 2021, I represented I Londo Awe! at the International Forum of African Women (FIFAF) in Kinshasa, where along with women from Rwanda, DRC, Mali, Togo and the diaspora, we shared our progress towards the participation of African women in decision-making bodies

I was awarded an award of merit and a trophy for my work. This award, called "Women Building Africa", is a symbol of recognition and encouragement for I Londo Awe!'s commitment, dynamism and professionalism. For me, it is the reward of a team work well done.

I am proud to be part of such an active network of women human rights defenders and happy to see that my efforts are being recognised. This encourages me to work harder to contribute to a society that recognises the value of women as leaders, agents of change, peace promoters and civil society activists.

We African women have achieved a lot in recent years, fighting courageously for our rights, for equality and for solidarity. However, the road to true equality and gender justice is still long. Despite the existence of legal and regulatory frameworks, gender-based violence, particularly against women and girls, continues to worsen in CAR. Women are still under-represented in elective or nominative positions, for example in the National Assembly and in the government. But this does not deter me. I will continue to amplify the voice of African women, to fight for the end of gender-based violence and to promote women's leadership and participation in all walks of life.

I want Central African women to hold on to what they are doing and become true actors of change, promoters of peace and development.

I want organisations to make a real commitment to raising awareness about the role of women in decision-making bodies.

I want the government to respect its commitments regarding gender equality.
I want the justice system to be sensitive to cases of violence against women. I want a peaceful and prosperous Central African Republic that promotes and protects women's rights. 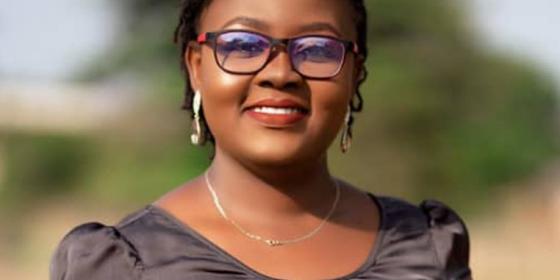 Our Partner's Corner : Clinging To Straw Whiles Saving Others

The Widows and Orphans Movement (WOM) was founded in Bolgatanga, the Upper East region of Ghana in 1993 by Betty Ayagiba who became widowed in 1988. She desired to create a safe space for widows to feel heard and understood. A step that was necessary after Betty who was a nurse observed that widows...

Women's economic rights are continuously violated, and their economic worth remains misunderstood, despite the fact that they produce most of the region’s foodstuffs. Rural women keep facing numerous barriers preventing them from fulfilling their potential as farmers and entrepreneurs. Women’s...