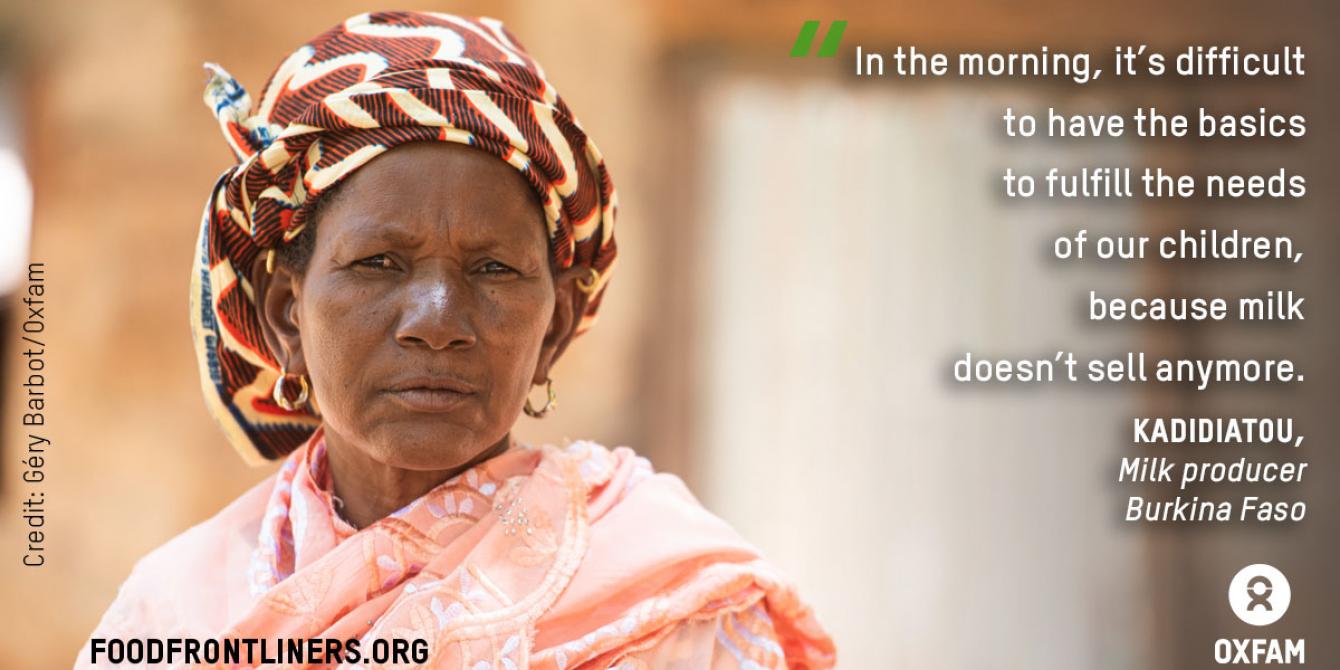 On this World Food Day, Action Against Hunger, NRC, Oxfam and Solidarités International warn of the need to mobilize stakeholders to respond to the unprecedented food and nutritional challenges that continue to face West Africa at the end of the lean season. If the region is historically weakened by acute and chronic seasonal food and nutritional insecurity, the combination of the impact of accelerated climate change, conflicts and the economic impact of Covid-19 threatens more than ever the livelihoods of populations and we must make the fight against hunger a priority for all.

In Nigeria, between June and August 2020, 1,485,000 people went hungry, a historic increase of 21% in just 3 months [1]. In Burkina Faso, the number of people facing acute hunger doubled in less than 6 months, reaching 3.3 million people, while the humanitarian response is not even half funded [2]. In the Central Sahel, the number of internally displaced persons has increased dramatically from 70,000 to 1.4 million in less than 2 years. In Mali, as is the case in the entire subregion, 26,000 households are victims of flooding linked to heavy rainfall.

"In this context of complex and protracted crises where food and nutrition insecurity is exacerbated by numerous structural fragilities, conflicts and climate change, it is essential to increase flexible and multi-year humanitarian funding and to better coordinate efforts between humanitarian and development actors," said Sonia Rahal, Deputy Director of Operations in the Sahel and Lake Chad for Solidarités International.

"We are suffering a lot. Before, we used to eat three times a day, but now we only eat once because there is no food and it's expensive on the market," says Mary Dauda, a farmer in Nigeria.

In the face of this large-scale food and nutrition crisis, support for pastoralists and producers and accompaniment in the agro-ecological transition to make them more resilient must be prioritized and strengthened because they are the ones who produce food, but also those who suffer more from hunger. In insecure areas, access to arable land and pasture is difficult or even impossible, particularly in the Liptako-Gourma, central Mali and the Lake Chad basin. Yet a recent APESS survey[4] alerted that only 1 out of 5 herders interviewed had received assistance.

"There is an enormous challenge to act now, and to anticipate the medium and long-term effects of the covid pandemic. The states of the region have demonstrated their ability to act very quickly to prevent the health crisis. The same political will is needed to eradicate hunger and malnutrition, particularly through the relocation of food systems, agro-ecology and social protection," says Mamadou Diop, regional representative of Action Against Hunger in West and Central Africa.

Faced with Covid-19, only the Senegalese and Mauritanian Governments rapidly scaled up social food safety nets that made it possible to support the most vulnerable. According to Oxfam, the region remains the least engaged on the continent[5] in the fight against inequalities, which are exacerbated in times of crisis. Social protection systems are nevertheless a very important lever for reducing them, a powerful bulwark that must be implemented in the face of hunger to help people, and in the face of poverty to protect their livelihoods.

The socio-economic impact of the pandemic has greatly increased the vulnerability of IDPs. The Norwegian Refugee Council reports that two thirds of the IDPs interviewed for a survey on the side effects of Covid had lost their source of income. Aissata, 25, is displaced since armed men attacked her village. "I managed to survive by doing housework in the host communities. I worked for them and received food in exchange. This allowed me to feed my children but since the beginning of the pandemic I have not been able to continue. »

Beyond the immediate impact observed, the current situation suggests that the effects of conflicts, climate hazards and the COVID-19 pandemic could have disastrous long-term consequences for the food and nutritional security of populations: decline in activities and production, loss of income, impoverishment of households, increased dependence on imports, recourse to credit and indebtedness, increased poverty, weakening of health systems, increased vulnerability of women and girls (in particular the risk of increased early marriage).

"Hunger is a more serious threat to the majority of the population than Covid-19. We are facing a double challenge, both to react to the urgency of the situation, i.e. to release funds quickly and in a coordinated and flexible manner, but also to act in the long term by supporting through a strong regional political will the development and implementation of effective sustainable social protection strategies and support for investments in livestock and agriculture oriented towards family farms and agro-ecology. Together, we must and we can defeat hunger, if we delay, it will be too late" concludes Assalama Sidi, Director of Oxfam in West Africa. 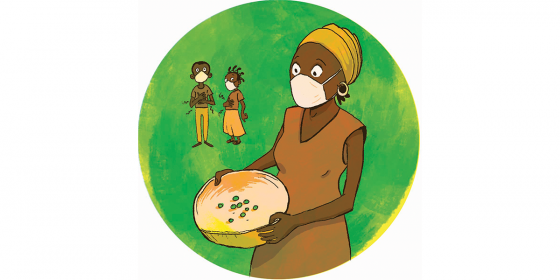