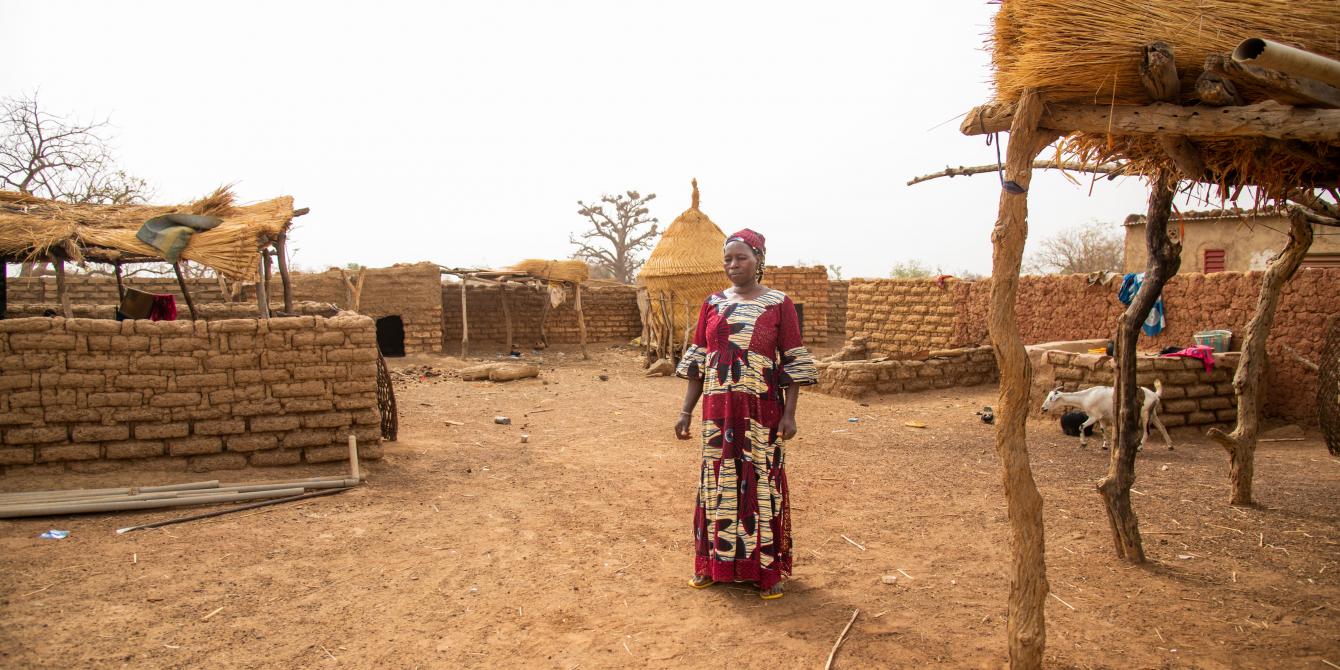 An additional 11 million people could be pushed to hunger just over the next three months.

West Africa is hit by its worst food crisis in a decade, with 27 million people going hungry. This number could rise to 38 million this June - a new historic level and already an increase by more than a third over last year- unless urgent action is taken. This alert is issued by eleven international organizations in response to new analyses of the March 2022 Cadre Harmonisé (CH), ahead of the virtual conference on the food and nutrition crisis in the Sahel and Lake Chad organized by the European Union and the Sahel and West Africa Club.

Over the past decade, far from abating, food crises have been increasing across the West African region, including in Burkina Faso, Niger, Chad, Mali, and Nigeria. Between 2015 and 2022, the number of people in need of emergency food assistance nearly quadrupled, from 7 to 27 million.

“Cereal production in some parts of the Sahel has dropped by about a third compared to last year. Family food supplies are running out. Drought, floods, conflict, and the economic impacts of COVID-19 have forced millions of people off their land, pushing them to the brink" says Assalama Dawalack Sidi, Oxfam's regional director for West and Central Africa.

"The situation is forcing hundreds of thousands of people to move to different communities and to live with host families who are already living in difficult conditions themselves. There is not enough food, let alone food that is nutritious enough for children. We must help them urgently because their health, their future and even their lives are at risk," said Philippe Adapoe, Save the Children's director for West and Central Africa.

"I had almost no milk left so I gave my baby other food. He often refused to take it and lost weight. In addition he had diarrhea, which worsened his condition," said Safiatou, a mother who had to flee her village because of the violence in Burkina Faso.

Dramatic impacts for the future of children

In addition to conflict and insecurity, pockets of drought and poor rainfall distribution have reduced communities' food sources, especially in the Central Sahel. To make up for the gap, many families are selling their assets, jeopardizing their productive capacity and the future of their children. Young girls may be forced into early marriage and other forms of gender-based violence may increase as food becomes scarcer.

"The rains were scarce. There is no more food. With the lack of grazing, the sheep are getting thinner and this forces us to sell them at a loss. I used to have twelve sheep, but now I only have one left”, explains Ramata Sanfo, a herder from Burkina Faso. "I would like to have my cattle back so that I have enough money and my children can go back to school."

The crisis in Europe worsens an already disastrous situation

Food prices have increased by 20-30 percent over the past five years in West Africa. While food reserves are dwindling in the Sahel, the crisis in Ukraine is making the situation dangerously worse. According to the Food and Agriculture Organization of the United Nations, food prices could rise by another 20 percent worldwide, an unbearable increase for already fragile populations.  In addition, the crisis is likely to cause a significant decrease in wheat availability for six West African countries that import at least 30 percent, and in some cases more than 50 percent, of their wheat from Russia or Ukraine.

Another likely effect of the crisis in Europe is a sharp drop in international aid to Africa. Many donors have already indicated that they may make cuts in their funding to Africa. For example, Denmark has announced that it will postpone part of its bilateral development assistance to Burkina Faso (50 per cent in 2022) and to Mali (40 percent in 2022) rather than fund the reception of people who have fled their homes in Ukraine with new money.

"There should be no competition between humanitarian crises," says Mamadou Diop, regional representative of Action Against Hunger. "The Sahel crisis is one of the worst humanitarian crises on a global scale and, at the same time, one of the least funded. We fear that by redirecting humanitarian budgets to the Ukrainian crisis, we risk dangerously aggravating one crisis to respond to another."

Humanitarian organizations are urging governments and donors not to repeat the failures of 2021, when only 48 percent of the humanitarian response plan in West Africa was funded. They must immediately close the $4 billion funding gap in the UN appeal for West Africa to save lives and ensure that these funds support age-, gender-, and disability-sensitive interventions. No one should be left behind.

"The conference on the Sahel crisis scheduled for tomorrow is a unique opportunity to mobilize the necessary emergency food and nutrition assistance and to prove that the lives of people in Africa are not worth less than those in Europe," says Assalama Dawalack Sidi.