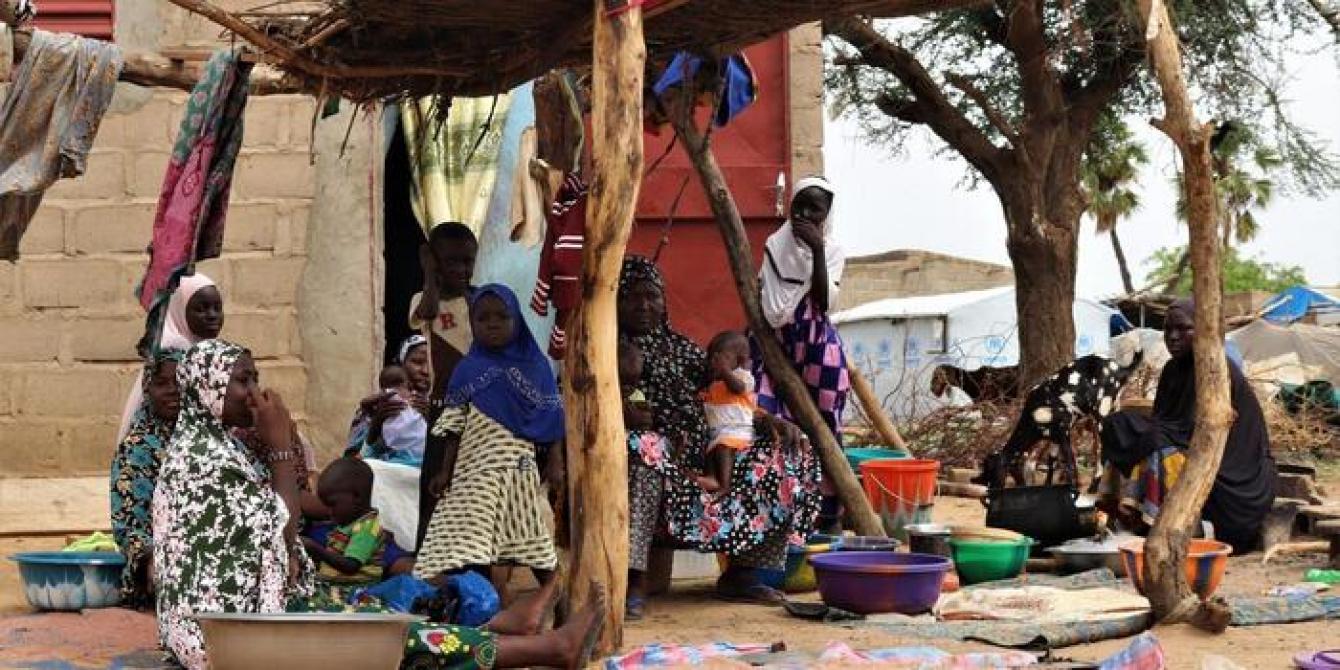 Nearly one in 10 people in Burkina Faso have been displaced by conflict. Most worryingly, the rate of severe food insecurity has nearly doubled compared to last year, with over 600,000 people in emergency hunger levels during this lean season, warns 28 international aid organisations operating in the country. An urgent increase in funding for humanitarian assistance is required to respond to the current situation.

“Too often, displacement and hunger come as a one-two punch,” said Hassane Hamadou, Country Director of the Norwegian Refugee Council. “People forced to move have left behind their fields and livestock. Many displaced families report being down to one meal a day in order to allow children to eat twice. Recent waves of displacement only heighten the urgency to act.”

The multiplication of violent attacks has driven more people to flee between January and July 2022 than during the entire year of 2021. Meanwhile, large displacement shocks are becoming more frequent. Four years after its start, the displacement crisis in Burkina Faso remains one of the three fastest growing in the world.

“We now see more and more people forced to flee not from their hometowns, but increasingly from places where they had previously sought refuge,” said Philippe Allard, Director of Humanity and Inclusion in Burkina Faso. “Each new displacement increases their vulnerability, and chips away at their resources and mental health.”

“For children, who make up for the majority of the displaced, leaving their home behind is traumatic enough but having to flee again and again while trying to survive robs families of any chance to rebuild their lives,” said Benoit Delsarte, Country Director of Save the Children.

Ousmane, 15, is one of many children facing such daunting uncertainty: “I have been displaced twice. It all started the day armed men came to my village and told us to follow their instructions or leave. My parents and I first sought refuge in a nearby village. Unfortunately, shortly after that, they came there and burned down schools, markets and stores. We were forced to flee, again.”

The town of Seytenga, near the border with Niger, hosted over 12,000 displaced people when it came under attack on 11 June, killing dozens. In the following hours and days, over 30,000 people fled Seytenga and arrived in Dori, a city that had already tripled in size since the start of the crisis.

Despite immense challenges to provide shelter, water, healthcare and education among other essential services, communities have rallied to support each other. But more humanitarian support is critically needed.

“Host communities across the country have shown remarkable solidarity by taking in tens of thousands of displaced people, opening their homes and sharing their food for months, if not years on end,” said Antoine Sanon, Response Director of World Vision in Burkina Faso. “The efforts of the international community to provide lifesaving assistance should match theirs.”

“These communities are experiencing an exceptionally difficult lean season due to the food crisis resulting, in part, from last year's catastrophic agricultural season,” said Oxfam Country Director Omer Kabore. "The effects of climate change, mass displacement and the rising global cost of grain products have combined into a perfect storm engulfing over 3.4 million Burkinabè.”

Signatory organisations call for an urgent surge of financial resources. Eight months into the year, the humanitarian response is only reaching 36 per cent of the funding required despite soaring needs.

The press release is signed by:

For more information or to arrange an interview, please contact: Balguissa Sawadogo, media and communications advisor for Oxfam in Burkina Faso: balguissa.sawadogo@oxfam.org

Survivors and heroines: women in the crisis in Burkina Faso

The study "Survivors and heroines: women in the crisis in Burkina Faso" describes the impact of the conflict on women and looks at their role in strengthening social cohesion and building peace.