The military coup in Burkina Faso late January made headlines. The registration that same month of over 160,000 newly displaced Burkinabé, a near-record high figure, did not. The jump marks the second biggest monthly increase since the humanitarian crisis started in the country over three years ago, say the Norwegian Refugee Council, Action Against Hunger, Médecins du Monde France and Oxfam.

“Flashing around big figures at high-level meetings doesn’t mean anything to people who lack decent shelter, clean water, and can’t feed their children three meals a day. We call on donor countries to make good on the promises made at the Central Sahel Conference in October 2020,” says Hassane Hamadou, Country Director for the Norwegian Refugee Council in Burkina Faso. “The crisis in this region should not be addressed only when strategically convenient, or when a Sahel country is in the media limelight. The international community has a duty to alleviate human suffering, whether they hit close to home or not.”

Since January 2019, the displaced population in Burkina Faso has grown by 2,000%, with over 1.7 million people now uprooted. More than two out of three are children. While a growing portion of this generation gets raised away from home and with little access to schools, education funding remains harrowingly low. Overall funding for the humanitarian response is less than half of what is needed. It is vital the crisis in Ukraine does not divert funds and attention away from the Sahel region this year, warn the signatories.

“Some donors have already indicated that they would proceed to a 70% cut of our funding to support operations in Ukraine. We are very concerned that this will become a trend, making access to healthcare and other basic services even scarcer for displaced people in Burkina Faso,” says Safia Torche, General Director for Médecins du Monde in Burkina Faso.

"The crisis in Ukraine is also likely to impact soaring grain prices, making an already bad situation worse,” says Grégoire Brou, Country Director for Action Against Hunger in Burkina Faso. “An estimated 3 million people are facing food insecurity in Burkina Faso and this number is likely to increase significantly this year during the lean season. Now is the time for the mobilization of all, not disengagement."

As part of this step-up in effort, the newly-formed government must urgently respond to the humanitarian emergency in the country, not just the military and security dimensions of the crisis. We hope the appointment of the former Secretary General of the Burkinabé Red Cross as Minister of Humanitarian Affairs will mark a renewed and robust cooperation with all humanitarian partners. 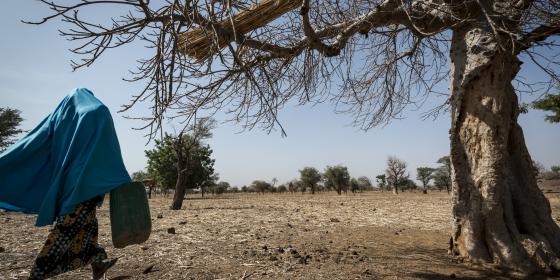 After nine years of military operations in Mali, both France and the European Union have announced the withdrawal of their troops from the country. This decision is a clear sign of the inadequacy of the military approach to address the root causes of the crisis affecting the people in the Sahel:...

Survivors and heroines: women in the crisis in Burkina Faso

The study "Survivors and heroines: women in the crisis in Burkina Faso" describes the impact of the conflict on women and looks at their role in strengthening social cohesion and building peace.