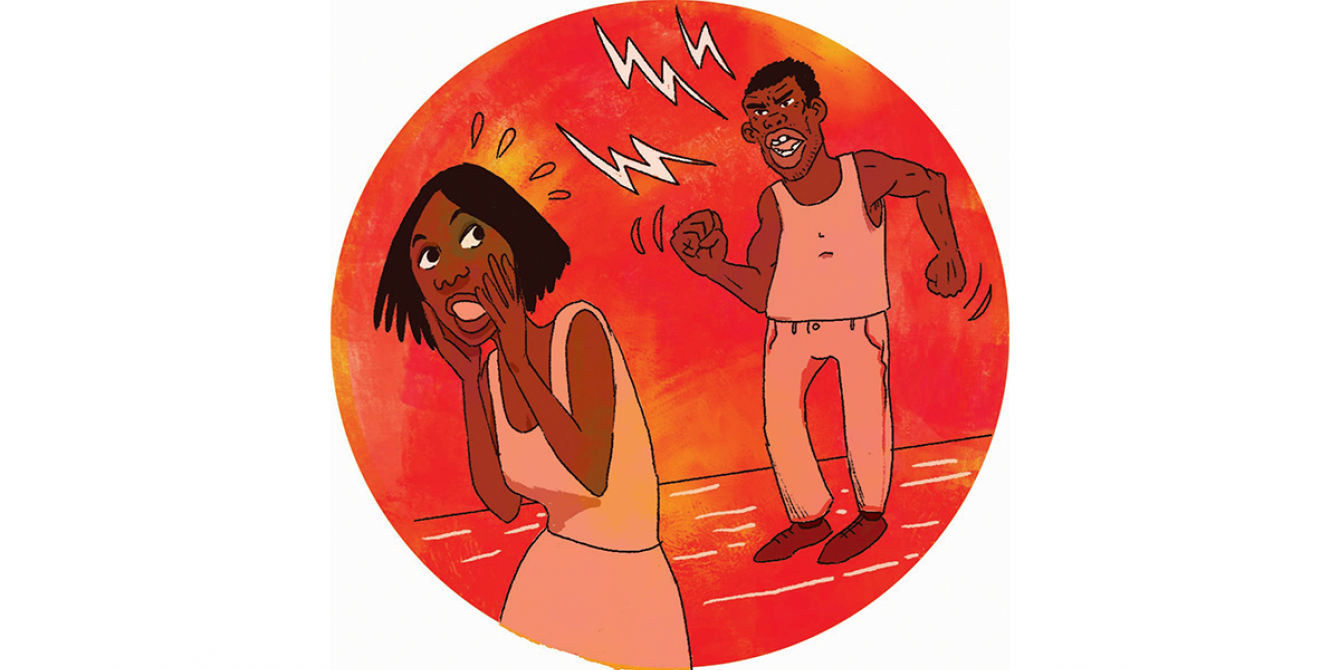 Lack of intimacy in the house, that resulted from the curfew measures and the disruption of economic activities, as well as income losses, created additional tensions within the households. If it is a challenge to have reliable quantitative data about domestic violence cases (most of them are not reported to the police); however, many organizations observed an increase in cases. This violence, which is often physical or sexual (sexual abuses, beating, marital rapes) can also be verbal, fueling the stress level of women who are suffering from them. Girls are also more at risk of sexual violence and incest within the household.

On another note, women are more exposed to the risk of catching the disease because they make up the majority of the health workers and they are the caregivers in the house. Maids working in urban settings, when not fired, were sent outside to do grocery shopping to avoid the risk of contamination to their bosses.

Women are often powerless to tackle this violence. The few existing counseling and legal advice centers closed because of the crisis and the suspension of programs against gender-based violence left victims without any assistance. Online and media awareness-raising programs, such as radio or TV shows took place in some countries to prevent gender-based and domestic violence. Women victims of violence found some assistance during the distribution of protection equipment (masks, gel) in markets, women gatherings, and training centers for girls. In some countries, citizen watch groups were implemented to deal with gender-based violence within communities.

These efforts need to be supported and expanded. The taboo surrounding gender-based violence is guaranteeing men’s impunity. Green numbers giving counselling and legal advices need to be made accessible to ensure women’s safety and shelters need to be put in place to avoid that women’s economic dependency on their husband became an obstacle to their safety. Counselling centers should be put online and accessible through social networks to make sure they reach out to as many women as possible. An information system about the existing structures and services should be made available to all citizens in the different countries of the region. In the long run, laws that condemn violence towards women and girls should be popularized and implemented, and judiciary, medical staff and elected representatives need to be trained on how to implement and respect these laws. Women who are victims of violence should benefit from a legal support to make sure they have access to justice. Finally, gender-based violence comes from sexist norms which should be deconstructed through awareness-raising campaigns and programs targeting men and women.

Before the pandemic, displaced women and girls had to walk a long distance to reach a water supply and then had to wait for hours in order to access water to meet their needs. This situation was putting them at risk of being attacked because of insecurity. It created psychological stress and tensions between women, who are traditionally in charge of water collection, and host communities. With the COVID-19 crisis, the lack of water and the difficulties to get some (because of movements’ restrictions) are putting displaced women and girls at a greater risk and prevent them from respecting the health recommendations. Displaced communities are more at risk of catching the virus because of lack of distance in the sites, which prevent people from respecting the physical distancing measures and increase the risk of gender based violence.

Fifamè, a trader in Toffo market in South Benin speaks to the manager of the Toffo Social Promotion Center (CPS): “Because of COVID-19, schools are closed. All my children are at home. The children of my husband’s brother are also at home with us. My husband does not go to work anymore. I have to cook lunch for all the family before I go to the market to sell. And I have to go back in the evening to cook for everybody. My husband yells at me when I ask his brother’s children to help me with domestic tasks. Money from my trade is almost gone. While I am the one putting food on the table for the whole family, my husband is increasingly violent towards me. I feel threatened and extremely tired on the evenings. I am asking you for help.” 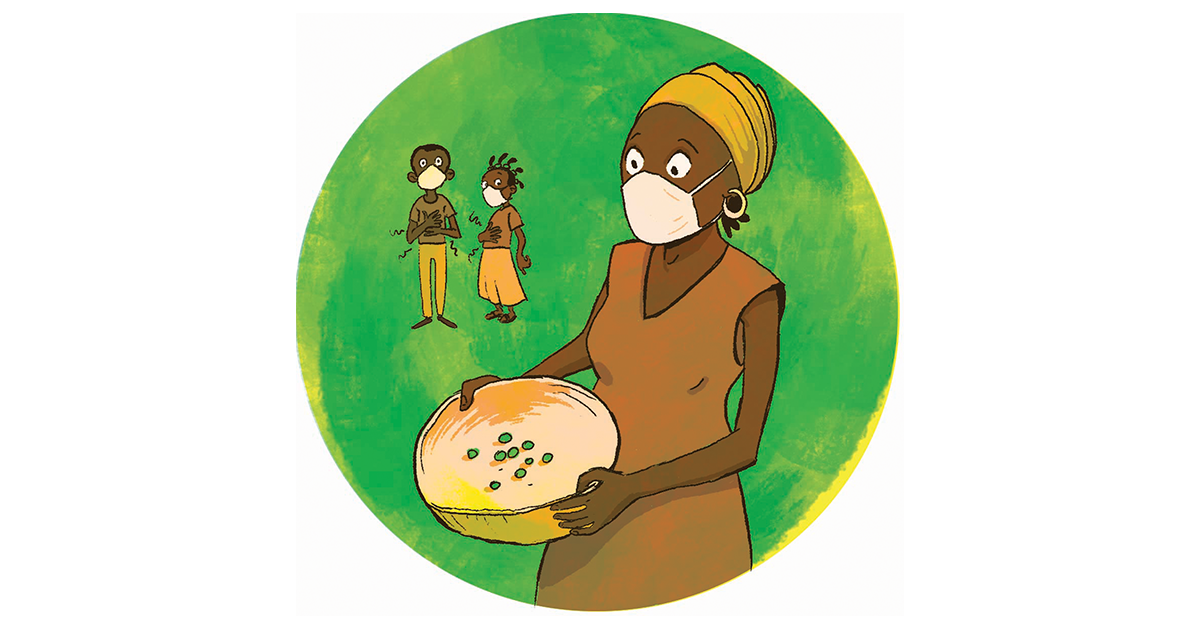 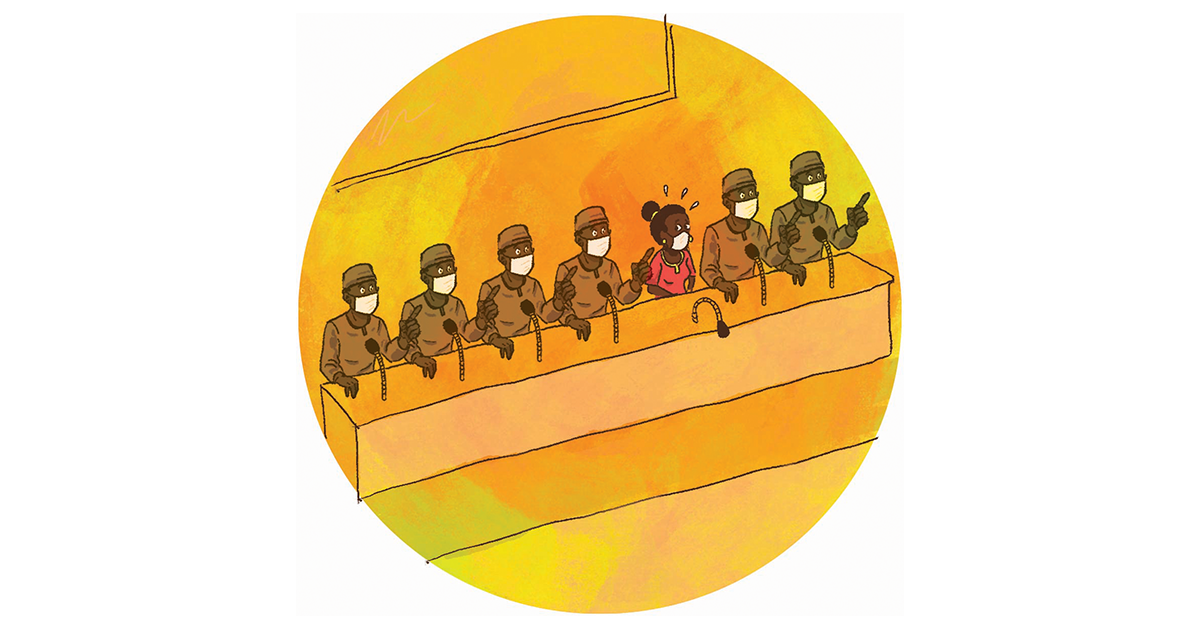 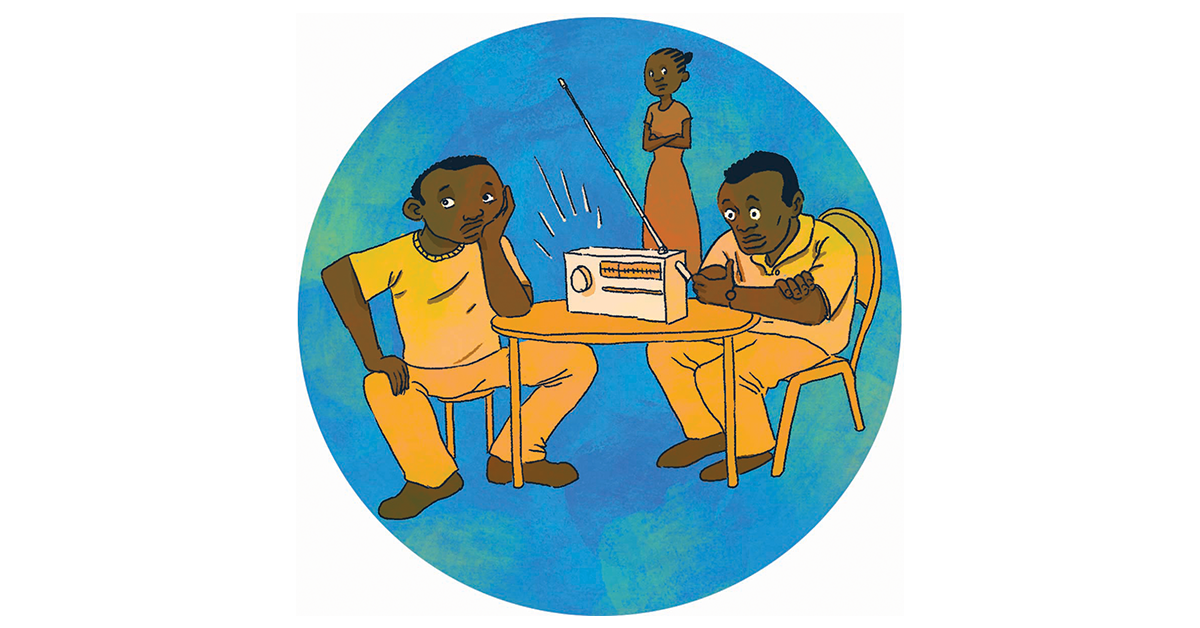 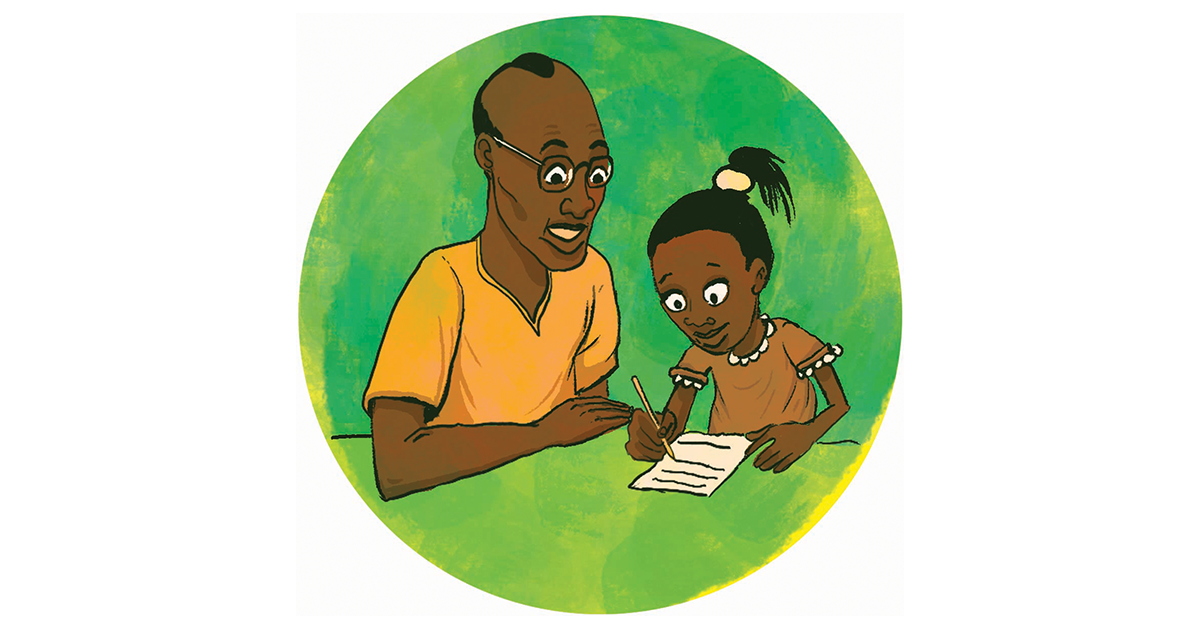 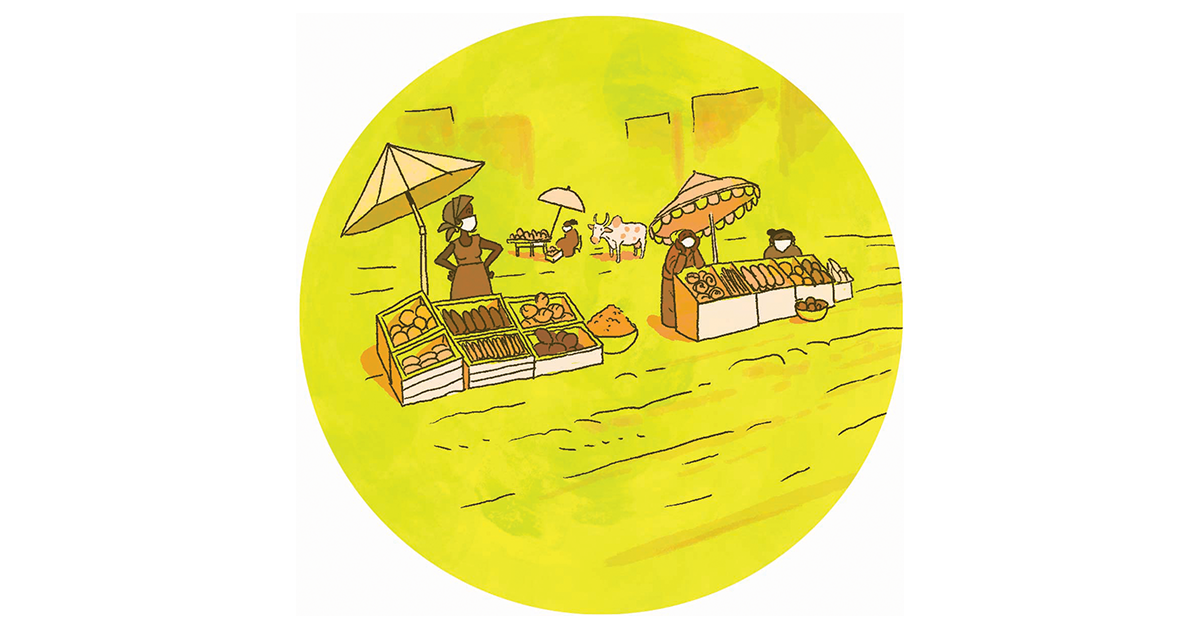 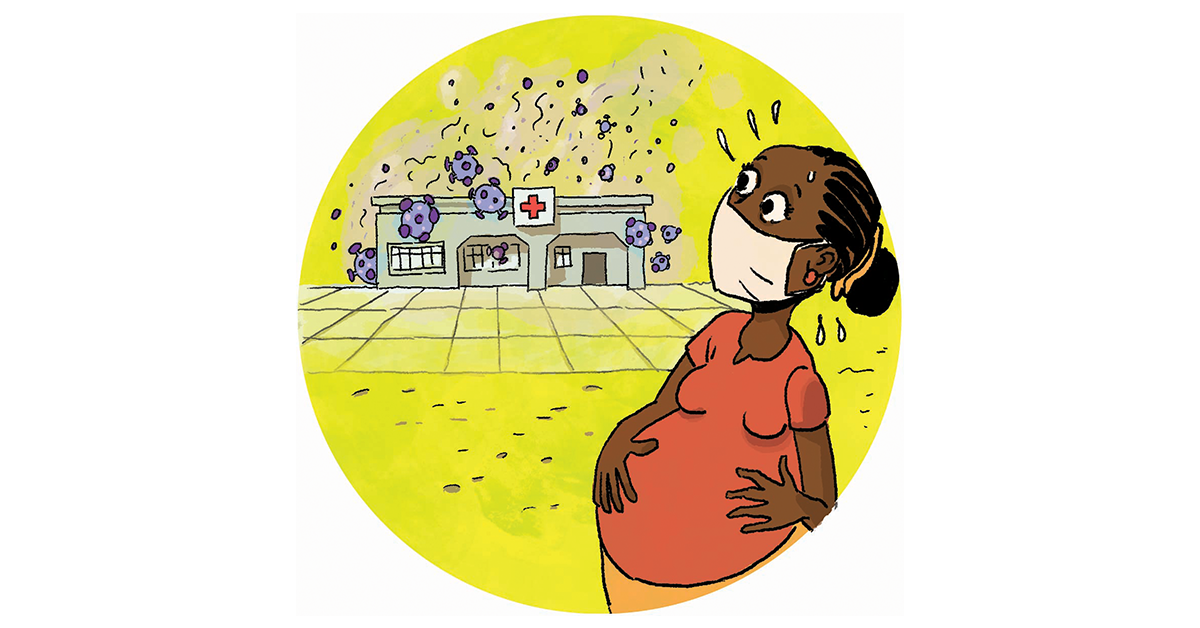 Introduction to the study "West African women facing the Covid"